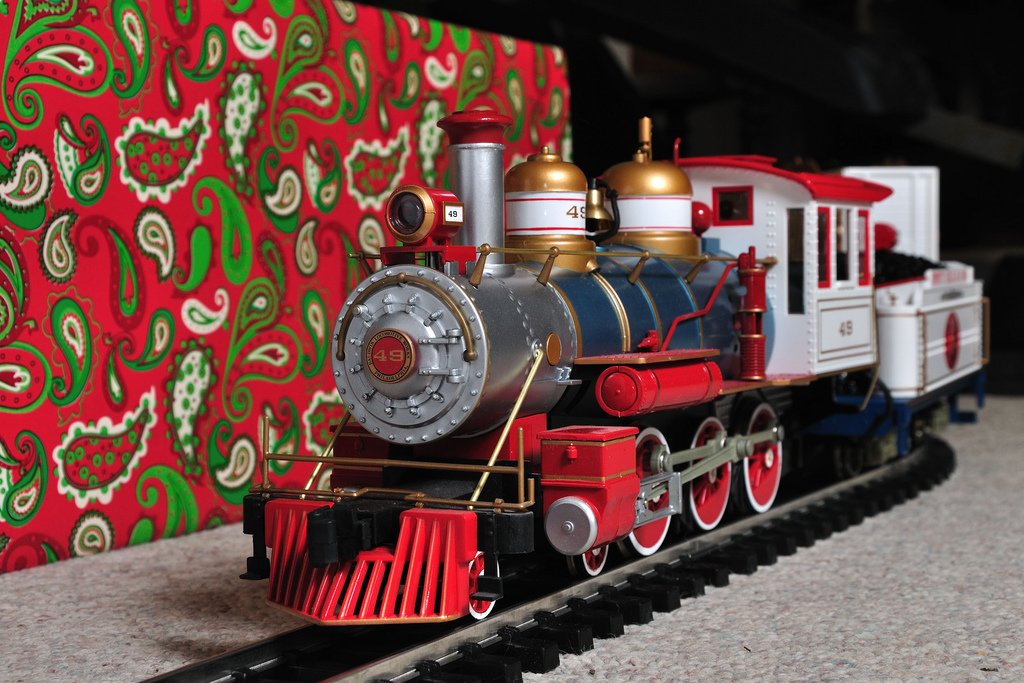 There is nothing quite like sitting around the Christmas tree on a cold winter night, lights twinkling, a cozy fire crackling in the fireplace, cheery carols playing, watching a delightful  Christmas train set circle the tree. Train sets have become a wildly popular Christmas decoration, and in many families, it is a treasured tradition to gather together and set up the Christmas train set. We all recognize the charm and nostalgia of a tiny, life-like train zipping around the tree in an endless loop.

Do we know how this beloved holiday tradition began?

There is nothing set in stone in American history stating when it began or what exactly spurred the train set around the Christmas tree, but we can look back on certain events to better understand how this became a beloved tradition. In the early 1900s, well-known manufacturer Lionel began producing the first toy trains. These trains were coveted among children at the time, and became a much sought-after Christmas gift. Once the children opened these delightful trains, they naturally saw the Christmas tree as the perfect place to set up their newfound gem for the world to see.

Another theory is that toy trains evoked a nostalgic feeling in people that they associated with the Christmas season. Long ago, long distances were nearly always traveled by train, and the busiest time of the year was Christmas. People took the train to visit relatives during the holidays that they didn't see during the rest of the year, thus creating a strong connection between trains and Christmas.

A train enthusiast and curator of the National Christmas Museum in Pennsylvania, has done extensive research regarding this tradition. He believes the tradition eventually stemmed from old customs of setting up villages under Christmas trees. In the mid-1800s, families often created village scenes under the Christmas tree with homes and buildings that represented their own towns. These arrangements became more elaborate as cast-iron, toy-sized buildings such as fire stations began earning a prized spot in the Christmas villages. Once model trains were created, they naturally fit in with the growing villages under the tree.

Whatever the reason, train sets have become as much a staple to Christmas decorations as stockings and mistletoe. Even today's children, with their noses glued to their tablets or cell phones, aren't immune to the charm of a captivating toy train humming around the base of their Christmas tree.